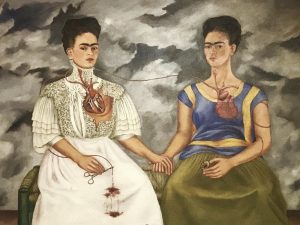 I don’t want to give a history lesson, but for the purpose of understanding just how much we’ve regressed as a gender, let’s go there. We’ll start with first wave feminism. Beginning in the 19th century, the birth of feminism began with suffrage; the woman’s right to vote in a time where only men were trusted to make any important decisions (past tense is debatable, because I’m not sure why we still have these overly emotional men with easily bruised egos in positions of power when they have proved nothing but their own incompetence). So. Early feminism fought for votes. We fought to have our opinions heard because, of course, we need to have a say in the policies that affect our way of living. Simple, basic, the first step to equality. At this point, I am a raging feminist.

Second wave feminism. Began in the mid-20th century. Concerned with equal legal and social rights, the fight against discrimination and sexism. The idea creeps up that, you know, what? Women are more than just child bearers and homemakers. Maybe we want to work. Maybe we want to have fun. Maybe we should be allowed to do the things men do. Maybe you should treat us as human beings. Yes, I agree. Right now, I’m still a feminist.

Third wave feminism creeps up in the 90s. Now we’re becoming concerned with gender and sexual liberation. It is more about femininity and sexuality, but also intersectionality.  This is also around the time we identified that gender is a social construct – which, no matter what you believe in, is factual. We cannot choose our sex, but we created gender. We were not born to know that girls wear pink and boys wear blue. That identity was thrust upon us when we came screaming out the womb and they had a quick look at what was between our legs. Arguably a way to categorise us and encourage certain behaviours, but also to give some order to society. Maybe to keep one of the categories in power *cough*. Whether you agree with gender roles or not, gender is literally socially constructed, simply because gender is not biology.

Intersectionality is super important, particularly in the discourse about women and women’s rights; it’s important that we understand that feminism does not just stop at women. We are not just one body of people; we are unfortunately divided by class, race, and socioeconomic status. It is not just ‘woman’. It is poor woman and rich woman; white woman, black woman, and brown woman. Able-bodied woman and disabled woman, straight woman and gay woman. And every woman in-between. We don’t all share the same struggles as the privileged white woman; therefore, feminism cannot be discussed outside the light of intersectionality because you cannot use the same discourse for all women. One does not represent all, but in the pyramid of power, women are definitely below men. In my humble opinion, all feminism should still be concerned with who is in power at the top, but alas. Tits.

Which brings me nicely to fourth wave feminism, and where we are now. Tits. Skin. ‘Sexual liberation’. Songs about wet ass p*ssy. Selling pictures and videos of your naked body on the internet. Feminism today, as I see it, is so concerned with profiting off sex, that it forgets that there are real problems in the world, instead of make-believe non-issues that bored privileged women come up with because they miss being oppressed. It is selfish. Intersectional feminism is currently a mess. Everybody is concerned with themselves and everybody is obsessed with sex. We have literally come full circle and decided to sexually objectify ourselves again. As controversial as it may seem, sexual liberation to the extent that you want it is not a real problem. If plastering your vagina all over the internet and letting people pay to see it is feminism, I don’t want to associate with any of you. You’re disgusting, go to prison.

I kid. You have the right to do whatever you want, as long as it doesn’t hurt anybody. Unless you’re a pro-lifer, in which case you can piss off. But more about that later.

I’m wrapping this first part up here, and I’ve kept it pretty objective. The next two parts will be less censored and might be offensive. Or they might not be. We’ll see.