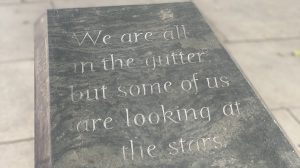 I sat down to start this post in my usual fashion; with misery, cynicism, and a little self-loathing. But then I remembered that negativity begets negativity, and the last thing I need is another reason to beat myself up. So, I’ve picked the next closest thing: honesty.

I took yet another break from writing in general. People have told me and continue to tell me they love my blog posts, my copy, my short stories — whatever it may be — but I just… don’t believe them. Imposter syndrome, I believe they call it. Feelings of inadequacy that block us from ever proving to ourselves that we are better than we think we are. It’s a vicious cycle that I often struggle to break out of.
We create art to express ourselves and resonate with people, so when they tell us they want to see us or hear us, why can’t we deliver? Why do we feel like frauds in our field –surely I’m not meant to be in this club? You’ll find that this club is filled almost exclusively with people who are, in fact, very good at what they do. Conversely, there are a lot of people who produce ridiculously sub-par work, but because they believe they can get to the top with it, they soar. Right to the very top. END_OF_DOCUMENT_TOKEN_TO_BE_REPLACED 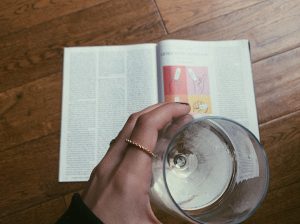 END_OF_DOCUMENT_TOKEN_TO_BE_REPLACED

Tl;dr: if you’re not already a fan, don’t bother.

Or bother, but be prepared for some degree of boredom.

If you’ve watched the likes of Senna and Williams, you would have gone into this with high expectations. Michael Schumacher, seven-time world champion, indisputably one of the greatest F1 drivers there ever was and ever will be. A household name worldwide. You would be forgiven for expecting a gripping documentary full of passion and competitiveness, celebrating the life and career of a worldwide icon who has since suffered a horrific and devastating injury. If you know of Michael Schumacher but don’t know why you know of him, you would want the long-awaited title documentary to tell you exactly why he is known as one of the greatest.

END_OF_DOCUMENT_TOKEN_TO_BE_REPLACED 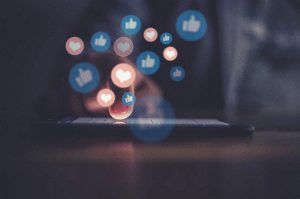 To be alone, or to be lonely. There’s power in it… somewhere.

The phenomenon of the long weekend gives me a feeling of pure bliss… but once those few days are over, I realise it shouldn’t be normal to feel this much excitement at the thought of having a couple of days off work. So I end the weekend angry as hell. Slaving away shouldn’t be the norm –  I don’t want this to be my life, because living for the weekend is one of the things that reels my depression back in every time it feels like running away from me. Not so fast, we have work tomorrow! But, alas. I spent the Bank Holiday weekend on such a high, that being alone and back in reality right now just consists of me trying to pick up the pieces of myself after going splat on the floor. To be dropped from such a height is soul-shattering, and resuming normality is a long, painful process.

I’m one of the many people who has always loved my own company. The libraries, the lone cinema trips, the late nights with movies and a blank word document, the early morning sunrises with coffee shops and books. I’m always ecstatic at the prospect of having a few days to collect myself and bring myself back up to date with my life; maybe it’s the anxiety, but I need time to reconvene with my thoughts. I need to nurse my mind and cleanse my energy, to pluck off the remnants of the work-week and start brand new. ‘I’d get bored if I didn’t have work’ doesn’t apply to me, and I think you’re either attention-seeking, boring, or lacking in substance if you say such things. Probably all three. I have things to do, hobbies to engage in, plans to kickstart; so if you were to offer me three weeks off work, fully paid, I’m snapping it up without complaint because there is so much to be done. Everybody who complained about being bored on furlough deserves a kick in the face, I hate you all. I could check myself into a hotel for weeks on end and come out a much better person than I was before I went in. Either that or dead. Tomayto, tomahto.

END_OF_DOCUMENT_TOKEN_TO_BE_REPLACED

We all felt how violently that hour lurched forward, right? We all heard the big ‘fuck you and fuck your sleep’ in the sixty seconds between 00:59 and 02:00, right?

Daylight Savings, the horrible spoon of thick medicine we all needed, the forceful push into British Summertime as we had an hour thieved from us. The quintessential sign that summer is just around the corner, regardless of the fact that it’s horrible and grey outside, that we were plagued with torrential rain just the other day.

Today I woke up to the sun shining through my window, ate way too much brunch way too late, and sank into the sofa for an incredibly tense, nail-biting race. The first race of the 2021 Formula 1 season: the Bahrain GP. I saw Nikita Mazepin spin out on his first ever F1 lap, I watched Verstappen relentlessly fight like the charging bull he is, failing to snap first place back from the king himself, all whilst being gifted with little fiery battles between some of my favourite drivers. It was a great end to a horrible week, taking it from an almost-2 to a strong 9. There is a special place in my heart for Formula 1; I’ve always known I love the sport in the decade-plus that I’ve followed it, but I really sat there, after the first race of the season, and thought about how it feels like a void has been filled. Is that sad? It’s quite sad, isn’t it?