So… we’re out of the EU.
Time for me to pack up and move to Canada, because all I’m getting from this country is a vibe of whiteness and “WE’RE TAKING BACK OUR COUNTRY”. I bet we’ll have a Britain First government in the next election.
I always talk about how everybody should vote or avoid complaining about the outcome, and I’ve voted ever since I’ve been old enough to, but I didn’t vote this time because I couldn’t.  I would feel terrible, because I really didn’t want us to leave [despite my jokes about there being too many flats for too many immigrants], but then I saw how many more people voted leave and I was appalled. I genuinely thought I could trust the common sense of the British public to vote remain, but it seems like too many people are afraid of immigration and are fragile in their sense of national identity. That or they’re wealthy enough to take the risk. Or they’re dying so it doesn’t matter to them.
David Cameron has left, and whilst he is so affectionately referred to as a ‘bellend’ by so many people, are we really better off with Boris as our prime minister? Reminder: Boris has done nothing good for London except the bikes. Pretty much every young person wanted to remain – aka the only people who the brexit will really affect.
But, as I said, the old and rich don’t care. In my humble opinion, anybody over 65 should NOT have been given the vote. This might sound prehistoric, but how is it fair for people who will  be dead in the next 15 years to determine the future of the UK? How is any old and dying person eligible to drastically affect the future of those who are going to live to bear the brunt of it whilst they’re six feet under? They’ve lived their lives, the vote meant nothing to them – the fact that the majority of leave votes came from over 65s is ridiculous. Why do they get a say?
God works in mysterious ways. That old woman I splashed the other day probably voted leave and I was the patron saint of Twickenham to give her the punishment she deserved. Shrug.
But anyway, what has happened has happened, and to my knowledge it’ll take a couple of years for the effects of the Brexit to come into practice. All we can do is hope for the best. The UK has been suffering for a long time, we’ve just sort of adapted to it,  so who knows? Maybe, just maybe this will bring about a positive change. Maybe. But also maybe not. The pound has gone to shits and everything will be more expensive. Wunderbar.
I predict that soon Britain will be begging to be let back in on their original terms.
Anyway. Here’s a funny picture. 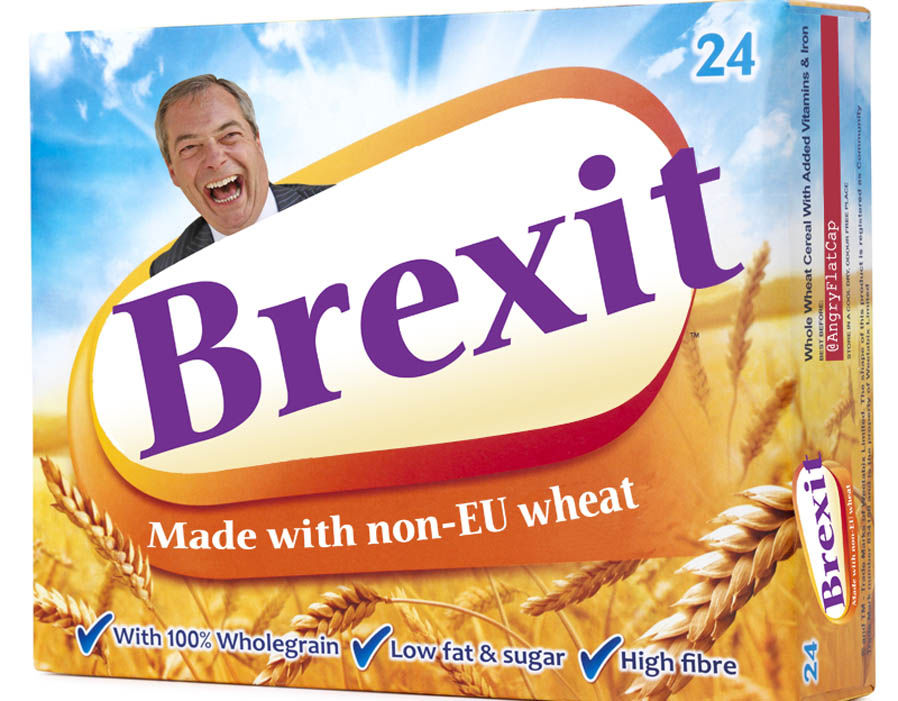 5 hours later, after much thought, I’ve come to the conclusion that this is what  Britain deserves. Britain destroying itself is what it deserves. NOT the young people of Britain. We don’t deserve this at all. But ‘Britain’, the amazing strong Britain and its so-called legacy deserves this. That’s what you get for colonising the ENTIRE DAMN WORLD and being so scared that it’s happening to you. You destroy your own economy and future. Britain is now nothing but a joke.