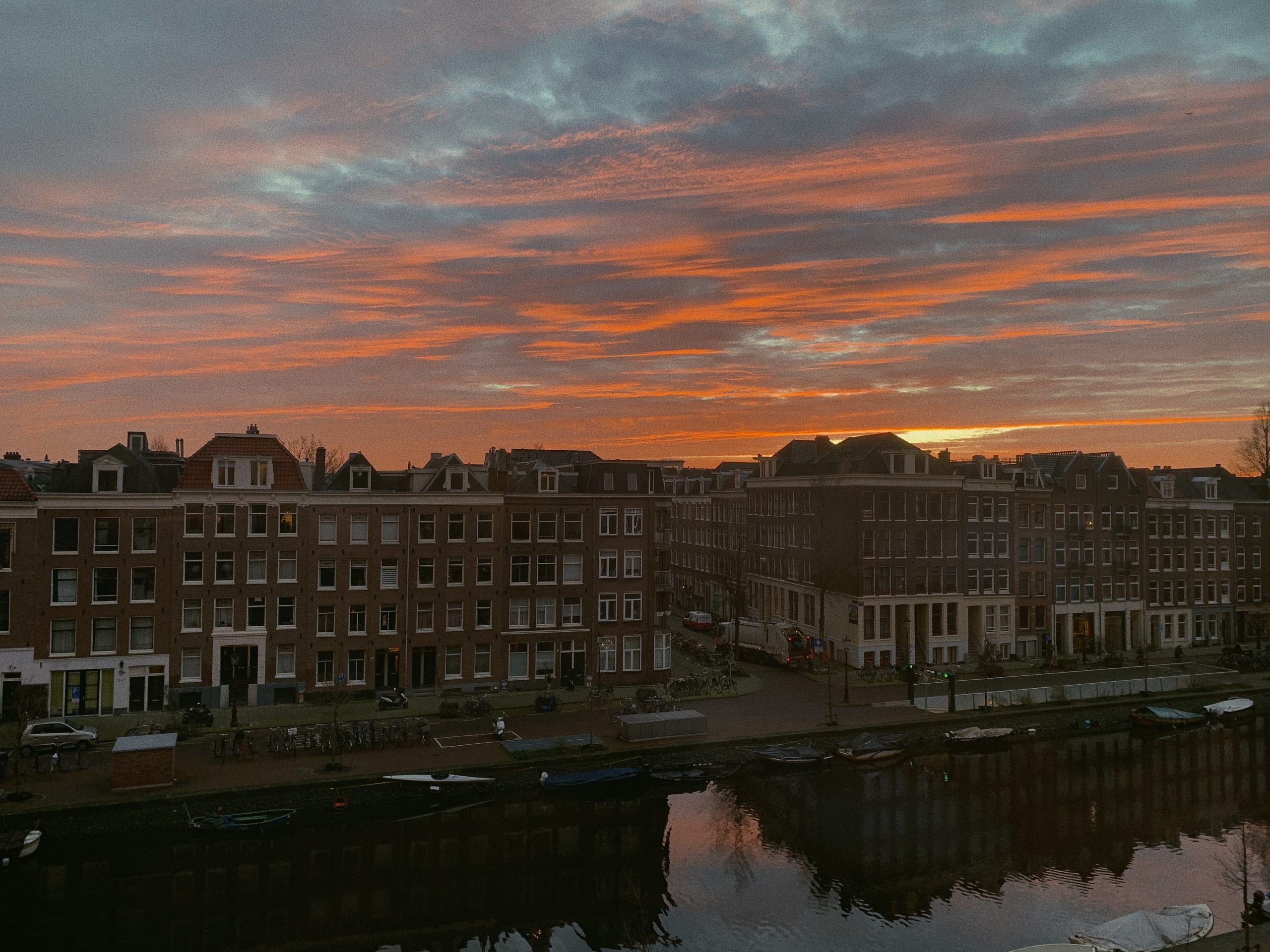 Every time you try to forget who I am, I’ll be right there to remind you again

I know. And yes I did mean this decade. And yes I am here again, a mere week after my last post. It’s pissing down outside, which makes it a fine day to rant.

We’re only halfway through February, we’ve barely grazed the new decade, and I feel like I’ve been hit in the face with a million lessons and gained another five years of life experience. I’m just hoping it doesn’t show on my face, so I’m frantically blurting it out onto a new post in the hope that it doesn’t settle into my fine lines.

Lesson number one, typing on a MacBook with long ass nails does not a good idea make.

I will never ever settle; if you really want it, you will have it.

The law of attraction. If you want something enough, it will manifest itself through your desire for it and through your work for it. ‘I can’t‘ isn’t always a real thing. I personally believe that if I don’t have something, it’s because I didn’t want it enough. Whether you believe you can do a thing or not, you are right.

Life is too short to wade in calm waters and live a life that will please others. Personally, I’m running headfirst into the flames and achieving precisely every single one of my burning desires, because I’ll never be able to live with myself knowing I didn’t give my all to have exactly what I want. I would rather burn to death doing what I want, going where I want, and loving who I want than live the rest of my life floating somewhere safe and waiting for the water to turn lukewarm. It is not and never will be enough that I’m satisfying someone else at the expense of my own happiness for no good reason, whoever it may be. Whatever the consequences are, I will face them because I’ll be damned if I live according to someone else’s rules.

Love is hard to find in this generation

We’ve fucked it. People walk away, one argument and it’s ‘I don’t need this shit’ only to move onto someone who’s gonna give you different kinds of problems anyway. As a generation, we are so egotistical; we have too much pride to understand the word compromise. We aren’t perfect, and neither is the person we fell for. But we don’t realise that we fall for the imperfections too because you cannot pick and choose which parts of someone you want. Take away the imperfections and they’re no longer the same person.

Casual dating is a strange concept to me. Jumping from person to person to find someone that ticks all my boxes isn’t my thing; I don’t have the time or the will to divide my attention between multiple people. I don’t need boxes to be ticked; treat me good and love me and you’re a soulmate by default. Getting to know someone new is difficult because if we don’t click the first time we meet, I already know this won’t last for me. It’s not you, it’s me.

Probably why I’d never have an arranged marriage. I have nothing against the idea, and at times I’ve even acknowledged that it would be so much easier. But I’ve settled on the fact that I can’t do it for the sole reason that I’ll never have that ‘it was meant to be’ feeling. Sure, I want to get married and have kids, but I have to marry someone I’m already crazy about because I in turn will go crazy if I don’t. If it was arranged, it wasn’t really written for me; what if there’s someone else out there that I was meant to bump into and fall madly in love with? What if they exist outside your list of requirements ? I can’t entertain the thought of marrying someone I didn’t get on with like a house on fire from the very first time we met.

I’d been running away from relationships for a while, and I almost thought I found that. One day you meet someone, you click stupidly well and you have butterflies terrorising your stomach. They fuck you over anyway, but it’s okay because you tried. Right now, I’m good enough by myself to be okay with waiting for the person who will let me love them instead of making us both self-sabotage when it feels to good to be true.

If someone tells you their parents won’t accept you, run.

This isn’t a Bollywood movie – this is real life. There’s an 80% chance they’re lying; their parents won’t accept you, but that’s not the reason they’re ending it because they always knew that and they were just fucking you about. But if it’s genuine… if they tell you their parents won’t allow it and they’re torn because they want to make their parents happy, don’t try and convince them to be with you, regardless of how you feel about them. If they ever wanted to be with you, they’d try it regardless, but it rarely is the case. You could be absolutely head over heels and love them harder than they’ll ever know, but it’s never going to work because they’re always going to put their family before you.

My parents can express a preference in my partner, but they cannot and would not give me requirements to which I must adhere. A couple of guys I’ve been involved with have ended up telling me their parents would never accept me. First of all, why disturb me in the first place if you already knew you were living your life by a blueprint that I didn’t fit in? You may be a vessel through which your parents can continue living out their fantasies, but I am more than that. I am not a number, I’m a human being. My name’s Ariel, I’m a holistic vocal coach.

Second of all, the thought of that is… sad. People mistakenly call it respecting your parents, but it’s nothing to do with respect at all. Spending your life with someone who makes you happy but doesn’t meet your parents’ requirements is not disrespect. Messing someone about when you were never serious about them is disrespect, suddenly telling them they don’t meet your standards and then going after other people is disrespect.

I could never ever fathom telling my children who they can and cannot love, or brainwashing them into thinking a certain type of person is better than others. The thought of that is confusing and heartbreaking; putting your own desires above those of your own children is selfish. Status, wealth, ethnicity, caste, your reputation, whatever it may be, it’s all restrictive bullshit to me. I could never stomach making anybody fall for me knowing I was always going to end up telling them they would never be good enough for me.

Save yourself the headache.

Blood of the covenant is thicker than the water of the womb.

I maintain that the family you choose will always be the most important, and you must hold them close. It will never be enough to me that we have the same blood running through our veins – so what if we do? I didn’t ask for that; this alone does not necessarily mean you have the love, loyalty and respect that earns you the title of ‘family’.

Of course, your relatives can also be the family you choose, but the point I’m making is.. they are not by default your priority. Sometimes your family don’t have your best interests at heart and it’s unfair to judge people for not putting their family at the forefront of their decisions the same way you do.

Someone you’ve known for a year can ride for you harder than the people you’ve known your whole life. Someone who shares your blood and your eyes can throw you under the bus at any given moment just to suit themselves. Time and family name do not indicate how close you are to a person.

I think the biggest lesson I’ve taken from it all is to live life as it is. Don’t place restrictions on yourself, and do exactly what makes you happy. Focus on the good and accept the bad.

Look at the photo I took above; did you notice the rubbish truck? Probably, because it’s almost slap bang in the middle of it. Did I have other pictures that didn’t feature the truck? Yes. But I didn’t like them as much as this one, and nothing changes the fact that there was a rubbish truck collecting rubbish at the exact moment I happened to look outside the window when the sun was rising on that perfect morning in Dam. It was meant to be there; it was a part of that moment and I’m gonna give it the spotlight it deserves.

Would my life have been the same if the truck wasn’t there? Probably.

But it was there and I was still happy.

One thought on “Four things I’ve learnt this decade”