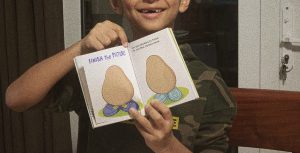 Acts of love happen all around us, and as children we become acquainted with the purest form of love; for and from our parents.

We’d now like to think this is love, anyway. In reality, it may just be what they had to do. After all, what else are you meant to do with your child except nurture them?

We don’t know what love is, we don’t actively think about it, but we see these acts and they unknowingly set the standard for us. We know what love isn’t, because we know what causes pain – and pain, in our innocent little minds unadulterated with the phenomena of masochism and sadism, means the absence of love. Everything we do is driven by love – or a lack of love, which is why many find it easier to define love by what it isn’t. Our standards and our outlook on life becomes defined by love, ergo, we are defined by love. Everything boils down to love. It’s all love. Love. Is that imprinted on your mind yet?

Romantic love is a branch that exists beyond pure love and (kind of) allows us a method of comprehending it. When you have childhood crushes, they’re very innocent – I hope. It’s strange to think about attraction when you’re a child – is it possible to feel attracted to someone before you’ve reached puberty? What exactly are you attracted to? Is it energy? Or is it simply the social pressures that adults put on us when they make little jokes about how ‘he’s gonna be a little heartbreaker’ and ‘ooooh David loves Sally!’ There that word is again, love.

Notice how, as children, we use the word so freely. You have a crush? Congratulations, there’s now a rumour that you love that person. But that doesn’t seem weird as a child. You don’t think it’s weird. There’s none of the ‘too soon’ business that people grow up to fear when you get older and attach rules to the L word. It’s natural and it’s normal to feel something strongly and unapologetically; we don’t know this unfamiliar feeling, but it makes us feel good, so we let ourselves feel it.

But, at some point, we grow to attach conditions and rules to love. We shy away and look for reasons not to love, whether romantic, familial or otherwise.

Babies and toddlers love their parents, but that’s simply an attachment they’ve grown used to. I don’t know – I’m not a toddler anymore, but I don’t remember any particular feelings I had when I was that young. It was just eat, play, shit and sleep. Parents love their toddlers because… well, they created a whole child that is part of themselves. How can you not love that little creature?

But a parent’s love is not unconditional; they will have unconditional love for their child until that child starts to think for themselves. If that love continues through the entire relationship until one of them dies, great. But it doesn’t always happen that way. Love can be lost.

Personally, I don’t believe unconditional love exists. Some people do, and some people believe this to especially be the case with familial love. Many place a lot of importance on family and how ‘family comes first’ and that family love is unconditional. I disagree very heavily. Family is the first thing we know, they are the first ties we have, the first connection we have to the world and other humans. But at the end of the day, it’s just like any other connection, only you didn’t choose it.

I reckon it’s prudent to start there.