So in light of the Brussels attack, which ISIS claim responsibility for, according to European  governments, I’ll just free write on what I always talk about. I could be a conspiracy theorist and talk about how European governments orchestrate these attacks themselves on weak buildings and bomb-proof passports, claiming to KNOW it’s ISIS, just to wage another war on terror. But hopefully we should already know this. Does nobody find it funny that there’s an attack on EU central right before the upcoming EU referendum…? I mean Britain need to stay and assist their neighbours after this brutal attack and and create a strong Europe v ISIS, right? Assuming that ISIS itself does have an agenda, Ima tell you what this agenda is, and hopefully you should then see that, in fact, the Western governments are ISIS.

First of all, ISIS is anything BUT Islamic, something I can’t believe people don’t know by now. And as much as the West likes to talk about how Islam is a problem, Muslims are violent and oppress their women, Muslims know nothing about human rights, Muslims are scary, blah bloody blah, let me take a split second to tell every one of you to do some thorough research on your corrupt and shitty governments, since too many of you are blind to the immoral greed they practice. The West creates Al Qaeda and ISIS but can’t handle them when it gets out of hand! You wanted to just create one small reason for the ‘war on terror’ but years later you fail to recognise that…you literally…created this….war…just to have a war….and now you don’t wanna deal with it….I cannot get over the extent to which these nations are willing to go to further their own interests and agendas. To the extent of harming their own people whilst pretending it’s an enemy, just to have an excuse to attack said enemy and anybody associated with their name? (I.e all Muslims). I’m not saying ISIS don’t have a goal. I’m saying the West is disgustingly exploiting this situation. Anyway.

The only difference between ISIS and Western governments? The West WANTS to kill Muslims simply for the purpose of cleansing the world of potential terrorists – i.e any Muslim. Because they’re scared and won’t admit that this is their aim. They literally just want an excuse to rid the world of more Muslims, but unfortunately for them we breed like rabbits. ‘ISIS’, on the other hand, aren’t killing people for the sake of cleansing. Yet. No, they’re a lot more intelligent, whilst people in the West truly are morons. Pride yourself on your education and freedom, but it’s not working. Do ISIS want to cause hatred between the West and it’s Muslims, or does the West want do that? Either way achieves the same end. Either way will incite anger within Muslims due to their treatment as a result of Islamophobia, consequently triggering a war and mobilising the humongous Muslim population to win against the rest of the world. Both sides will get the war that they want. And in such a situation, Muslims will be forced to fight against ‘the disbelievers’ who are fighting them for their faith, and when every Muslim country is alert and mobilised, guess who will win? That’s it. That’s their goal, and anybody who engages in Islamophobia because of ISIS attacks is literally doing exactly what they want.
Now all of these chavvy water-seasoned-chicken-eating, jobless, orange toothed English people, all these flabby, obese, racist good for nothing white Americans are terrified, but alas, they have taken it upon themselves to do some thorough research! By thorough, I mean using the one well-loved line ‘and kill them wherever you find them‘ to defend their argument that the Quran instructs us to be terrorists. Sure, that sentence is real, but the usage is wrong. You can tell these people aren’t educated from their shitty research skills. I’ll say it again – Islam is perfect, Muslims are not. The West has never been near perfect, and our governments are not either. ISIS, though they claim to be Muslim, are not. And yes, I WILL bring up the crusades. But not right now, because today I’m a defendant.
Like most ignoramuses, these morons fail to read anything more than one sentence, being too lazy to read a few words before at

“fight in the way of Allah those who fight you, but do not transgress. Indeed, Allah does not like transgressors“. [2:191].

I.e, fight only how Allah [swt] permits, and NO MORE.  That includes fighting or murdering the innocent, which is forbidden. Obviously.

Or, a few words further to

I.e, only fight a person who is fighting you in battle. And kill them if they are. Obviously.
These should be all I need to write to support my earlier explanation of the goals of ISIS/the West. You really want to defeat ISIS? Do your damn research and stop being Islamophobic. Turn off the TV. Read the Quran. Observe your shitty government and what they have done and are doing in the Middle East and Asia, and now to their own people. This government you’re defending will readily blow up your children just so they can blame it on ISIS. They don’t give a shit!
I FULLY OPPOSE the actions of those of ISIS, I am sick to death that this group are doing forbidden things in the name of Islam, but I in no way feel like I should apologise on their behalf, and I will not for a second take a break in exposing how hypocritical the West is. I’m still in awe of the coverage and importance placed on attacks in Europe. Let me remind you still that Britain basically went and did the same thing in the Middle East, only recently nuking Syrian children in case one of them is part of ISIS…. and they’re still doing it in Yemen. And have been for so long. Why isn’t that on the news daily? I mean, when your name is on the weapons destroying innocent people and you’re silent about it, you’re more of a murderer than the ones carrying the weapons. I bet you didn’t know the UK government truly is hypocritical scum, because they’re strangely quiet about that! Such a democratic country that’s all about human rights, you know.
And remember, you wastemans *cough* Cameron, Obama, Trump, and the rest of you who support them *cough*, be afraid from the curse of the oppressed, as there is no screen between his invocation and Allah.
And for the rest of you: turn off the BBC and stop believing that we’re too modern to be subject to war-time propaganda. It’s real and it’s happening. 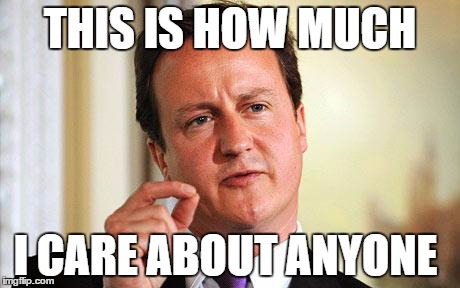