Me: buzzfeed is the worst website on the planet
Also me: OF COURSE I WANT TO KNOW MY AGE BASED ON A WEIRD FOOD TEST
GOOD MORNING AND WHAT A TIME TO BE PISSED OFF!  This is what I really call a good morning.
So, I admit I use buzzfeed a lot – but never for actual news. Going to buzzfeed for real news is stupid; I use it for actual stupid things. But I saw something that intrigued me.
The headline was “A Teen Magazine has Apologised for Calling a Rape Victim a ‘Willing Player'”; I was interested because I knew she probably wasn’t raped, and she probably was a willing player.
And I was right. 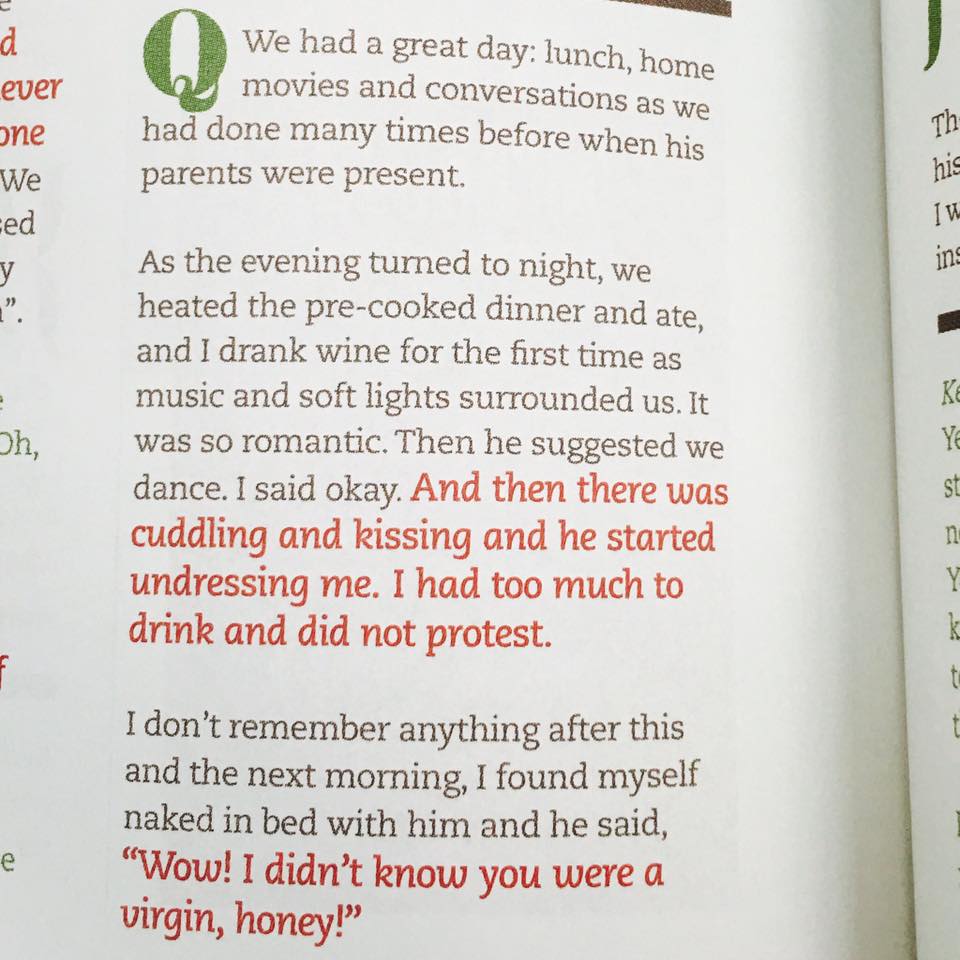 END_OF_DOCUMENT_TOKEN_TO_BE_REPLACED

Moving on from the last post, and my argument begins.
I’ve discussed the situation in which a man must take blame one hundred percent in every single aspect, the sober coward that attacks a woman just because he’s a dirty piece of shit. But many girls are at a party, getting so drunk they can’t see what’s in front of them, so they say yes to anything.
Alcohol is the main perpetrator in rape cases; the victim can’t remember anything, the jury decides that she was too intoxicated to give consent and the rapist, with the same blood alcohol content, is imprisoned.  Like this, the Stanford victim said she couldn’t remember a thing because she drank too much [her own mistake], and the rapist said they kissed and danced, which they probably did, and she gave the impression that she liked it. Ultimately, she cannot remember giving him consent – she may have done, she just can’t remember it. She obviously wasn’t sober enough to fight him off, like her sister had done, as she couldn’t handle her liquor. So, I’m not talking about the drunk women who are dragged away and forcibly raped. This is about the ones who are too drunk to ‘give proper consent’. Do you still not see the problem?
END_OF_DOCUMENT_TOKEN_TO_BE_REPLACED

I finally had my last exam yesterday! I have no excuse to tear my fingers away from this keyboard now, and just in time, as many blood boiling issues have found their way into my mind.
By now you will have heard about the further controversy of the Stanford rape attack. Just to clarify, even if I wholly condemn the way the victim was behaving or dressed, which I often do, the rapist is always at fault and should be killed in the most painful way possible. There is no reason to keep a rapist alive. I still maintain, however, that we need to stop living in delusion and must realise that certain things make you more susceptible to being raped or attacked. You gonna leave your front door open and not expect a burglar? No. For those who would accuse me of objectifying my own body – your body is YOUR house, just the same. Your body does not mean anything to a rapist or a murderer, it is just an object. Understand that. It is your responsibility to look after. Deal with it.
In a nutshell, Brock Turner, found sexually assaulting a woman in January, has been sentenced to 6 months county jail. Nothing longer because it would have a “severe impact” on him. Oh, and he’s really sorry; the poor guy is so shook up that he doesn’t even like ribeye steaks anymore!
END_OF_DOCUMENT_TOKEN_TO_BE_REPLACED